For Those Who Love British Choral Music

Classical Music, Featured, Music Add comments
The only thing more unforgettable than this sung story of woe was the eloquent singing of Lynn Torgove. Vaughan Williams could have hoped for no better singer or instrumental ensemble. Singer Lynn Torgove
The Cantata Singers. At Jordan Hall, 30 Gainsborough Street, Boston, MA, January 14.
By Susan Miron.
The history of British classical music is a strange one. If its recent past becomes more familiar to Boston’s classical music lovers this year, it is certainly the doing of conductor David Hoose and his troupe, The Cantata Singers and Ensemble.
Their focus this year has been on the compositions and on the composers influenced by Ralph (pronounced Rafe) Vaughan Williams (1872–1958). Their third Vaughan Williams focused program took place in Jordan Hall on Friday night. The evening’s first part, David Hoose’s 40-minute talk, was as interesting as the musical portion of the evening.
Hoose is a busy conductor (Collage New Music, Director of Orchestral Activities at Boston University, etc.), and if he speaks to his musicians with half the enthusiasm he spoke to those at the pre-concert lecture, he must be immensely inspiring. His enthusiasm is extraordinary; it is as if he were sharing an important secret he could no longer keep to himself.
The secret is the odd story of British music compared to that of the continent, most importantly Germany. Frankly, most of the composers Hoose discussed are just names, if that, even to professional musicians. He pointed out that there has been a long history of disdain in both Germany and the United States for British music, with admiration reserved for only a few pieces, such as Ralph Vaughan Williams’s luscious “The Lark Ascending” for Violin and Orchestra and his “The Wasps,” while generally neglecting the choral music.
Hoose believes that, after a chain of great English choral composers (Tallis, Byrd, Gibbons, and Purcell), English music “went to sleep.” Then, centuries later, a renaissance of English music began with performances of “a few stunning orchestral works” by Edward Elgar—Enigma Variations (1899) and The Dream of Gerontius (1900)—followed by Ralph Vaughan Williams’s A Sea Symphony (1909), Fantasia on a Theme by Thomas Tallis (1910), and A London Symphony (1913). There were other massive orchestral works contributing to the English awakening that would, in turn, “shake the resistance of the most dedicated Germanophile.”
But the evening’s music and certainly much of the music of the English revival sprung from local church choirs, madrigal groups, and community choruses. Vaughan Williams and his close friend composer Gustav Holst were deeply interested in the music, particularly the folk songs, that grew from British soil. Singing was indispensable to this renaissance of English music then, as it continued to be through the twentieth century.

Oboist Peggy Pearson — she produces an extraordinary sound.
Hoose posits that what makes a sound “English” is “a velvet kind of fog.” He feels that English a cappella singing has “a freedom, a natural declamation of the text going back to William Byrd and Henry Purcell.” Well, that’s a lot to live up to, and the program’s first half, made up of seven songs for unaccompanied chorus by Gustav Holst, Edward Elgar, Gerald Finzi, and Ralph Vaughan Williams, were very enjoyable indeed.
Vaughan Williams’s “Three Shakespeare Songs” (two from The Tempest and “Over Hill, Over Dale” from A Midsummer’s Night Dream“) were great fun, as was his “Loch Lomond,” a Scottish folksong with the familiar refrain “O you’ll take the high road and I’ll take the low road And I’ll be in Scotland afore ye.” “I love my love” was a Cornish folksong, wonderfully arranged by Holst, with its touching text sung by women: “I love my love because I know my love loves me!”
The Cantata Singers are fortunate to perform alongside of some of Boston’s best instrumentalists. Oboist Peggy Pearson already appeared this season as the soloist in RVW’s 1944 Oboe Concerto, but when Pearson plays as beautifully as she did in Riders to the Sea (1936), Ralph Vaughan Williams’s 35-minute—and only—opera, you can lose sense of everything outside of her sound—she’s that extraordinary. Irish playwright J. M. Synge
Riders is set to a tragic drama by the Irish playwright J. M. Synge’s play (1909). Because of the short length of this music-drama, which Vaughan Williams called Riders, it has received relatively few performances, and that is unfortunate.
Synge’s (best known for his play Playboy of the Western World) sorrowful tale centers on Maurya, sung by Lynn Torgove, a mother who has lost four of her sons to the sea, along with six other characters, including two sailors. Not at all dissonant, Riders is built on triads from different tonal spheres, which can, as Hoose puts it, “give you sea sickness.” The story chronicles the inexorable pull of the sea for the men of the family until none are left alive.
The singers stand in the back of the small orchestra, not always a strong choice acoustically speaking. A wind machine acts as the drafty pull of the sea, which gobbles up Maurya’s family piece by piece. The only thing more unforgettable than this sung story of woe was the eloquent singing of Torgove. Vaughan Williams could have hoped for no better singer or instrumental ensemble.
Posted by Connecting Stories at 8:00 PM 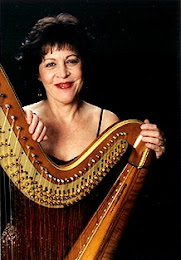